« I decide when, where and with whom » On feminist reggaeton

Artists like Enrique Iglesias or Luis Fonsi, the singer of Despacito' song, have largely contributed to the stereotype of reggaeton as a vulgar and sexist genre. However, its denounce does not mean its eradication. In this article we propose you some feminist alternatives for your Saturday's playlists with reggaeton rhythms.

Do some of these verses sound familiar to you? Maybe you have heard them somewhere before; last Saturday night, perhaps? Despite the fact that most of them were originally written in Spanish, you can still catch their broad meaning, right?
If you answered yes to any of these questions – which I bet you have – then we should question why we continue to listen to such offensive lyrics, even though their content is explicitly sexist.
These four excerpts not only objectify women but also portray a world in which women are pleased to serve and obey men. In this sense, Enrique Iglesias, Luis Fonsi and their contemporaries have largely contributed to the stereotype of reggaeton as a discriminatory and vulgar genre. Furthermore, reggaeton has become the perfect antithesis of other popular contemporary movements as the #metoo campaign which seeks to empower women and end discrimination.
However, in music there is always room for nonconformists and enemies of the commercial canon. What follows are three alternatives for your Saturday night soundtrack that reject the intolerable “misbehaviour” that our not so dear Enrique Iglesias seems to have troubles controlling. 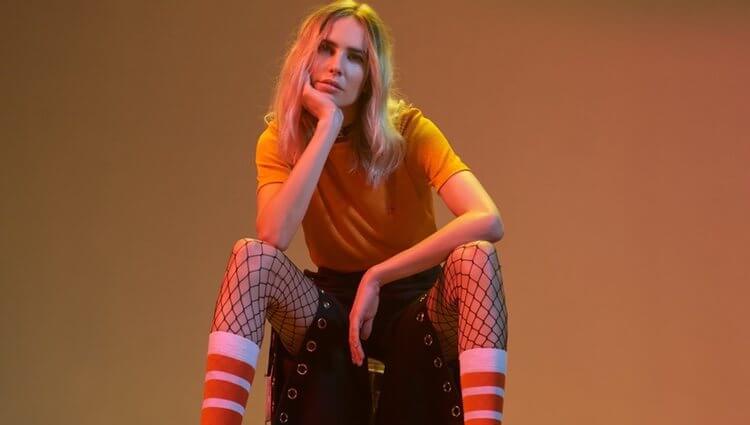 Brisa Fenoy was born in 1991 in Algeciras, a tiny touristic town in Southern Spain known for its white houses, fresh fish and abundance of sun. Algeciras is also the closest point to Morocco. It is just 14 km away, which sometimes seems much further than it is, particularly for those who try to cross them, day after day, night after night, with little success. In her song “Jerico”, Fenoy sings “Fourteen kilometers/ Are the guilty ones/ Edges divides us/ If we have the same body/ Why not the same house.”(1) Jericho, a polysemic word, is both a biblical reference and a flower from the desert in Morocco that needs little water to survive. Though it usually appears dead – as with everything else in the desert – after just two hours of irrigation, the flower arises from its ashes, shiny and colourful. It is a beautiful and inspiring metaphor.
In the music video of “Jerico”, Fenoy only features people living in Algeciras whom managed to cross those 14 km. This distance implies hope, but also risk, terror and potentially death. A deeper message than Shakira’s song “Chantaje”, featuring Maluma (2).
Fenoy is also the author of “Lo malo”, one of the finalist songs in the latest edition of “Operación Triunfo” (the Spanish version of the “X-Factor”). The song was performed by two female participants, Ana Guerra and Aitana. It is an activist anthem with reggaeton rhythms for empowering women. In the chorus they sing, “With losing you I already win/ But if it’s my turn, touch me/ I decide when, where and with whom!” (3). Though a Spotify and Youtube star, Fenoy still requires her parents’ financial aid to live. On the contrary, classic reggaeton is a multibillion dollar business.

Tremenda Jauría performs their music videos wearing gas masks. In their song “Tú no eres mi papi” [You’re not my daddy] they sing; “Don’t call me baby/ Your shitty lyrics don’t represent us/ Let us see if you realize it”. Tremenda Jauría is the name of a mixed gender band from Carabanchel, Madrid, Spain. Their slogan is “Reggaeton or barbarism”. Their lethal weapons are tropical rhythms made out of cumbia, reggaeton and autotune combined with engaging lyrics. “Reggaeton and electrocumbia are outrageous because they are all about do it yourself and other practices with the potential for political transformation,” the group explains. They like referring to themselves as “nosotras”, first person feminine plural, since they argue that “reggaeton is a music genre, and like every music genre it is also feminist.” (5)
Tremenda Jauría has confronted classist and xenophobic prejudices against a genre usually linked with male chauvinism and poor musical quality.  “Our aim is to respect the origins of this music (…) we believe in the power of reggaeton.” In the meantime, they are producing their next album which was released on March 2nd and continue to sing: “I’m not gonna sleep with you tonight/ though you promise to drive me home/ you can’t do anything to convince me/ I want to dance cumbia all night long”. (6)
Tremenda Jauría’s song “Hazme una perdida” was the official song in the first feminist strike last 8th March in Spain.  The strike had an incredible success: not only it paralyzed the country but also it helped to reach consensus among all the political parties to work together towards genre equality.

In the edition of Po3try Slam Madrid last January, Alejandra Martínez de Miguel, a young Psychology student, and poet and actress in her free time, won the competition with a poem constructed from excerpts of popular songs like the aforementioned by Iglesias and Fonsi. Her performance denounced the explicit sexism that is present in many of today’s trending songs, not only in the reggaeton genre. The 2 minutes and 25 second video became a viral success on Facebook. It had almost three million visits within a few hours of being posted, which demonstrated and testified the importance of language. Her brilliant performance reminded us of how dangerous, as well as ridiculous, these lyrics can be, because as Alejandra Martínez says, “Papi, papi, papi chulo, shut up and leave us alone!”7
Just something for you to think about when making next Saturday’s Spotify playlist. And perhaps something the organizers of the FIFA World Cup 2018 could have had in mind before designing Maluma as its official singer.

2 Maluma is a Colombian singer of reggaeton who has been largely criticized for his male chauvinist lyrics and music videos. His video of “4 Babys” has been watched more than 800,000,000 times on Youtube. In the chorus, he sings: “I’m in love with four babies/ They always gimme what I want/ They fuck when I tell them”. Link: https://www.youtube.com/watch?v=OXq-JP8w5H4 .